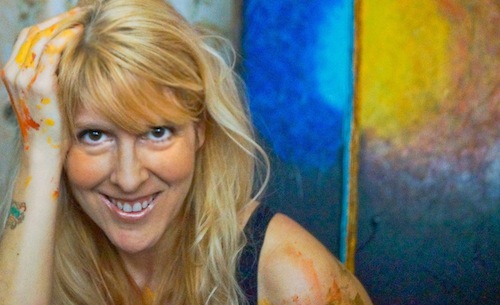 A former dancer and professional screenwriter, Shana was diagnosed with Multiple Sclerosis in 1999 at the age of 29.  Shana now channels her love of music and movement into creating energetic art which spills and dances across each canvas.

Dancing Through Paints
How painting has shaped and saved me

"I used to be a writer - but after being diagnosed with Multiple Sclerosis in 1999 - my whole life, and body, drastically changed.   Now my eyes and hands don't work the way I want them to.   I have days I can barely read.

I used to be a dancer - but now my foot won't let me carry out the movements I see in my head.

After my second ankle surgery in one year, I found myself stuck home, not able to do much at all.  I felt isolated, defeated and purposeless.  But the creative urge became overwhelming.  I tried my hand at painting, but being unable to hold the brush only led to teary bouts of frustration.  Then one day, I sat on the floor, balanced the canvas on my toes, and created my own, unique ways of painting - using my fingers and knuckles, on top of the canvas - but also from underneath.

A technique no one else does.

I do not use any brushes or other instruments on my paintings once the paint hits the canvas.

Always having been strongly moved and controlled by music - I see entire choreographed, costumed and lit dances when a song attaches itself in my head. I then listen to nothing but that one song for weeks - from the mixing of the paints until the final application of varnish - I listen only to that song - and the result of this seems to bring out a visceral fluidity of emotion of each piece.

Attempting to control the uncontrollable, and to make something beautiful out of the chaos which ensues when I paint with my hands - is my way of fighting back against the daily uncontrollable issues I have with my health.

Each painting is named after the song which inspired it - and I encourage you to listen to the songs as you take a second and third look at each one - to see if they stir in you the same emotions -- the loss, the unpredictability and the beauty of life in each one that I do.

When I am sitting on the floor, bent over a painting, covered in paint and creating unusual and unexpected textures and otherworldy effects - I get tremendous joy from creating paintings which seem to shift and move.  Through my art, I can now tell stories with paint & I can once again dance -- with my hands." 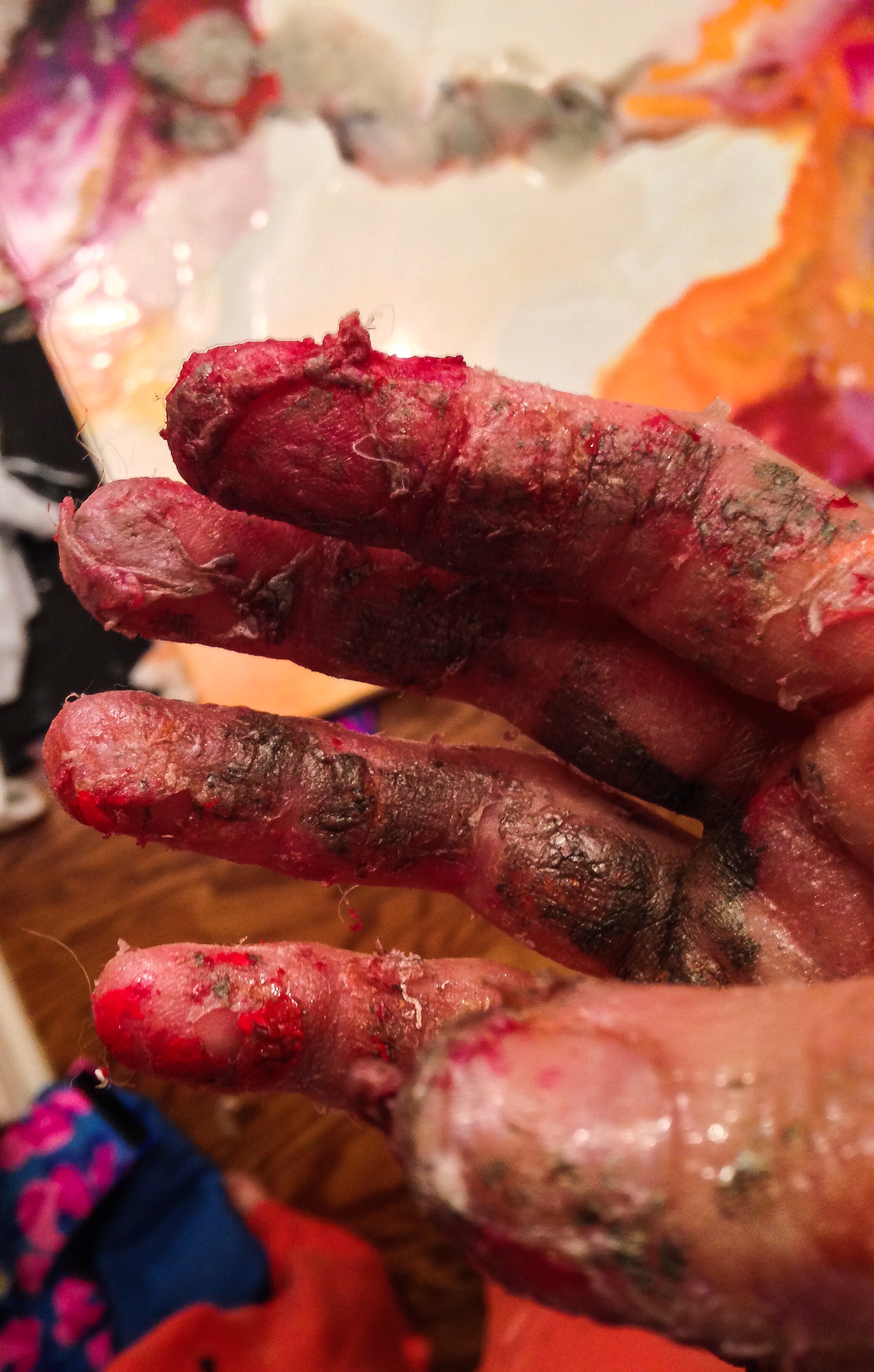